Chicago and the Institute's Cautionary Tale 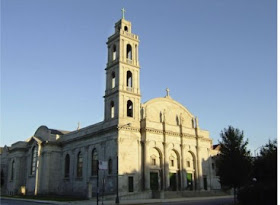 Let me begin by saying that I respect the members of the Institute of Christ the King and their faithful. I may be attending Mass elsewhere these days, but I'm still on good terms with the Institute priests I know, and of course with many people at the Kansas City oratory.  I appreciate the value of having people fight for Tradition inside the canonically regular structure of the Church, as well the value for those of us fighting outside the walls.  Or at least I appreciated it and supported it until recent events rendered the present battle unwinnable.
But I'm going to suggest that those who remain in that position learn from the Institute's "double-mugging" in Chicago.  Its nothing for anyone to gloat over--it's horrible--and I post this only as a cautionary tale to those who (like me at one time) have donated or who (unlike me) may in the future donate meaningful amounts of money for capital campaigns and other projects at diocesan TLMs, former Ecclesia Dei communities, or any other religious community that attempts to maintain both Tradition and "regular" canonical status.

From the mid-2000s up to 2015, the Institute raised millions of dollars from their faithful and other benefactors to convert St. Clara church in south-side Chicago into the Shrine of Christ the King.  Exactly how many millions I don't know.  If you know, comment below.  But in October 2015, as it seemed the Shrine was nearing completion, a fire destroyed it.

After some months of damage assessment and "what now?" discussions, Cupich and the Institute appear to have struck a deal.  As I gather (from publicly reported information and watercooler talk--not  any inside information from the Institute) Cupich would keep the insurance money--the proceeds representing the millions previously raised by the Institute from its faithful and other supporters, even though the Shrine probably paid those insurance premiums and it had a moral, and perhaps canonical, right to get the proceeds back for their project.  Cupich would in return convey the burned out shell of the Shrine to the Institute, and he could then spend the Shrine's insurance money on Pachamama statutes, diversity coordinators, dinners for Fr. Michael Pfleger and Lori Lightfoot, and other un-Catholic things.

That resolution was celebrated.  The massive surrender of the previous gifts of the benefactors seems to have been swept under the rug, and instead, the relevant parties summoned their Romanitas and exchanged insincere pleasantries with one another, and the Institute boasted that it would now have a secure and stable base in Chicago because they owned their own property, where they could do things their own way, according to their charism.

The Archdiocese gave them the deed, sure enough.  It was a Quit Claim Deed (Cook County Clerks' Office, Document #1606829039) that had restrictions.  Many of those restrictions were perfectly fine, as they prohibited the property from being used for things sinful or unworthy of a place of Catholic worship.

But then there was this restriction:

"Any activity not listed above which is inconsistent with or contrary to the tenets of the Roman Catholic Church, including canon law, doctrine, moral law or customs, in the sole discretion of the then-sitting Bishop or Archbishop of Chicago."

Since then, it looks like the Institute has raised between $2 million and $4 million dollars for the post-fire restoration.  If you know more precisely, comment below.

All that fundraising has gone to restore a Church that they do indeed own, but in which Cupich can still prohibit the Sacraments under civil property law, even if the priests have the courage to ignore unjust canonical penalties.

But no!  We have to break with that mindset and we must be good stewards of the treasure we are entrusted with.  That means we must take reasonable steps to ensure that our material support will be used for the good work we intend it to be used for.   This is not the time for putting blind trust in anyone or anything other than Our Lord himself and the communion of the Saints. Every priest, every Bishop and every Pope  (Deo Gratias) will be replaced in time, and whatever personal trust you may have with even the best servant of the Church potentially means nothing once his successor takes control.  Here's a starter list of those steps towards good stewardship:

1.  Structure Regular Giving.  Make sure you're giving regularly in a way that ensures that your gift will be properly used. Between diocesan taxes to pay Chancery bureaucrats and insurance assessments to pay the modernist priests' boy-diddling-bills, it's not unheard of for 20% or 30% or 40% of your regular collection check to be going to the Chancery, not kept by the parish.  Is that what you intend?  Is letting the Chancery have that money really good for the Church in the long run?
Instead, give in ways that aren't assessed by the diocese.  If you give for a specific  and stated purpose, under canon law (Can. 1300), it must be used for that purpose. So using those "utility" and "maintenance" envelopes or other specific gifts might help keep your donations out of the Chancery's hands (but be sure to ask your pastor/chaplain how it works in your diocese).  Back when I was attending a diocesan-sanctioned Mass that was served by a religious institute, I sent the institute's headquarters a check directly and marked it "to be credited to the account of St. Sebastian's parish, Podunk, Iowa." That meant a reduction in the bill that the institute sent to the chapel for use of their priests--a non-assessable reduction in expenses, rather than assessable income to the chapel.
2.  Restrict Large Gifts.  Make sure anything large that you give, particularly to a capital campaign, is given with clear written restrictions.  When they ask you to pledge $25,000 or $100,000 for restoration of your chapel, make that pledge with the express restriction something like this

"This gift is to be used only for restoration to St. George's Chapel consistent with the plans shown to the donor in April 2022, and only upon condition that the sacraments are offered thereafter according to the liturgical books in use prior to 1963, and for no other purpose.  If for any reason the sacraments cease to be offered at least weekly according to this restriction at any time prior to the 50th anniversary of this gift, a cash amount equal to the full amount of the gift shall be transferred to the following alternate beneficiary: _________________"

Then fill in the blank with an alternate beneficiary who is both more likely to keep the faith and is particularly odious to the diocesan powers that be.  The nearest stable independent chapel, the local SSPX chapel, or the SSPX generally, may be a good alternate because they, for now, satisfy both criteria.  Like in my example, put a time limit on your restriction because perpetual restrictions are often found to be unenforceable from the start.  Fifty years is good.  The max should be 99 years.
3.Set up Alternate Support Structures.  If you are facing a bad situation (and if you're still in a hierarchically-sanctioned TLM, you are facing a bad situation, because even your good Bishop will eventually be replaced) there's also nothing (other than figuring out legal compliance) to stop you and your fellow faithful from setting up a 501(c)(3) foundation that can accumulate funds, support your chapel with them, and then redirect when the axe-man arrives.  Of course, managing such a fund will create more work, and perhaps some moral pressure, because it's not exactly how the Church should work, but then nothing in the Church is working as it should right now, right?
4.  Protect and Claw Back Committed Gifts to the Extent You Can.  If you are a major benefactor, (a) immediately stop making pledge payments due to the material change in circumstances, at least until you get the assurances described in #2 above,, and (b) talk to a lawyer to discuss what might be done to retroactively protect your previous capital campaign and other major gifts.  It may be tough to get the courts involved due to the religious absention doctrine, but property and money issues are ones that do occasionally get considered.  It may be worthwhile to explore your options.  If you have a friendly bishop, there's a small chance that he'll share your concerns.  If you have a lazy Bishop, there's a good chance that he'll try to figure out something that will avoid trouble and bad press.  If you have a bad Bishop, there's merit to just being a thorn in his side.
5.  Explore Alternatives.  I wrote, deleted, and rewrote this last step, because this post isn't about promoting the SSPX or encouraging everyone to go rogue.  Hopefully its inclusion won't undercut everything I said above.   But seriously, even if you think Abp. LeFebvre was wrong about there being a "state of emergency" in the Church in the 1976 or 1988, you have to ask yourself if he'd be correct now, or what else could happen that would make him correct.  I struggled with this one for a long time.  But ultimately, I decided that if the Barque of Peter is on fire, even though I know it won't sink and I can't abandon it, perhaps the safest place for me to fight the flames is with my family and my material treasure in a lifeboat alongside it, instead of being locked below decks in the brig.  I encourage you "regulars" to at least get to know what your options are for maintaining Tradition even when the worst happens.  Visit with the people in nearby "rogue" chapels  (most of them are kind and reasonable, and no more odd than the people you already know at your sanctioned TLM Masses).  There may be some really strange groups at the fringes, but most independent and SSPX chapels are filled with people just trying to get to heaven, same as you in your sanctioned TLM before it was wiped out.  As Bishops shut down Masses during the 2020 lockdowns, these "lifeboat" chapels flourished, and they're almost all too small and their resources are too limited.  Consider whether your treasure might be safer in one of the "lifeboats," even if you remain to fight as long as possible in the burning ship.
Conclusion.  This may seem easy for me to propose, from my "rogue" vantage point where I don't have to deal with the same politics and attachments.  But I'm not accusing the Institute of acting in bad faith.  They're not the thieves.  They were un-strategic and Pollyanna-ish, to be sure.  Careless victims, but not the bad guys.
I'm giving suggestions to you "regulars" as someone who spent over 10 years in "canonically regular" TLM chapels, and I understand what the issues are.  Between my time at the local FSSP chapel and my friendships with folks at the local ICK oratory, I have, over the years, given thousands of dollars for  their capital projects, and it's very likely that those thousands of dollars will end up lost--up in smoke, buildings liquidated and spent by future Bishops on Pachamama conferences, and so forth.  My loss will be only in the thousands and paid over time, so it's an inexpensive lesson for me.  But it's heartbreaking to see the tens or hundreds of thousands of dollars given by individual traditional Catholic benefactors, which aggregates to tens or hundreds millions of dollars overall, that will be lost if things continue as they are. 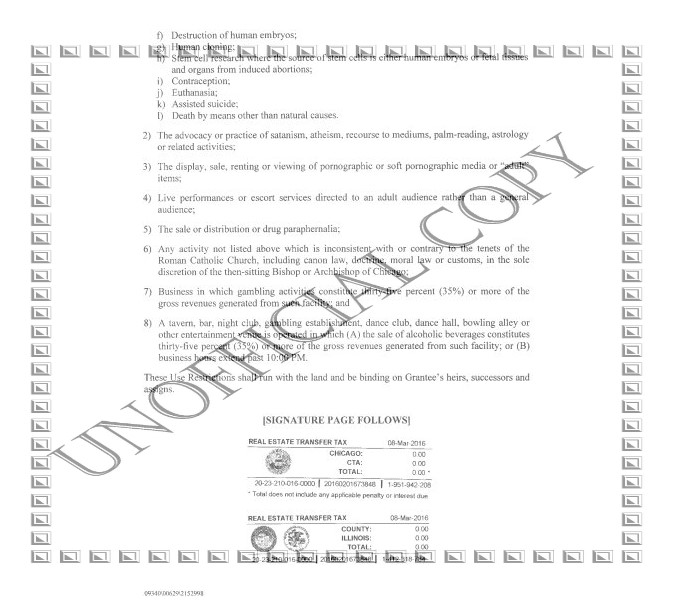